Chicago is well-known for its architecture with sleek skyscrapers and ornate buildings that lend to our magnificent skyline. The neighborhoods, too, are comprised of residential housing spanning over a century of design, layout and materials that are characteristic of our beautiful city.

The “Great Chicago Fire” of Oct. 8, 1871, changed the laws requiring new buildings to be constructed of fireproof materials such as brick, stone, marble and limestone instead of wood. This shifted the architecture of our city. Although, with wood being less expensive than the fireproof materials, there were those who ignored the new laws. And what would Chicago look like if the fire never happened? 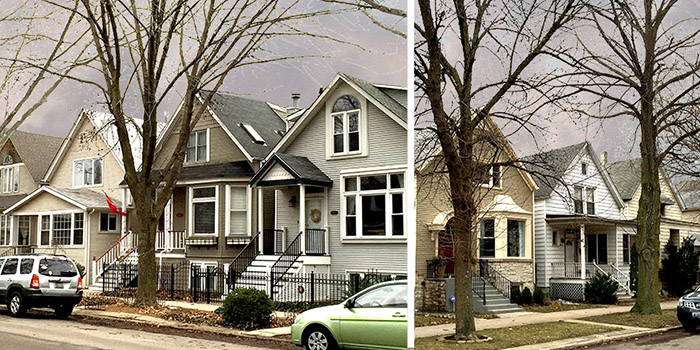 Chicago was booming as the population tripled in size from 1880-1910 with the influx of European immigrants. Railroads fueled industrial growth, such as the meat packing industry, which provided jobs to these immigrants. Built as early as the 1830’s, these utilitarian homes were initially built of wood but more commonly brick after the fire of 1871. They are a long and narrow rectangular-shaped dwelling with a two or three-bay gabled facade. The cottages are one-and-a-half stories with two to three rooms and a raised basement. 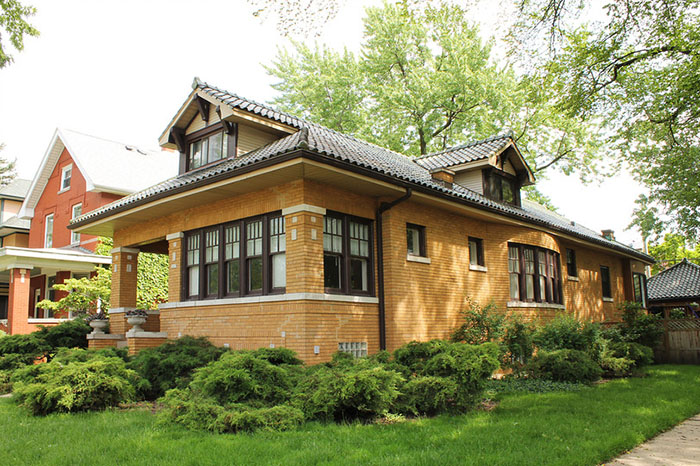 Built between 1910 and 1940, the bungalow circled Chicago’s center from the far north to the farthest south side neighborhoods, creating a Bungalow Belt. More than 80,000 bungalows still stand today and represent one-third of the city’s single-family housing style. As the first affordable home, this offered the working-class a residence with previously uncommon modern amenities such as central heating, electricity and modern plumbing. A bungalow is characterized by it’s one-and-a-half stories, slant-ceilinged attic, brick construction, street facing veranda, and full basement. They were constructed of limestone accents, dormered roof, concrete entry stairs and standardized fixtures. The roots of the bungalow come from the Arts and Crafts Movement and followed the philosophy that healthy living included a connection to the outdoors. 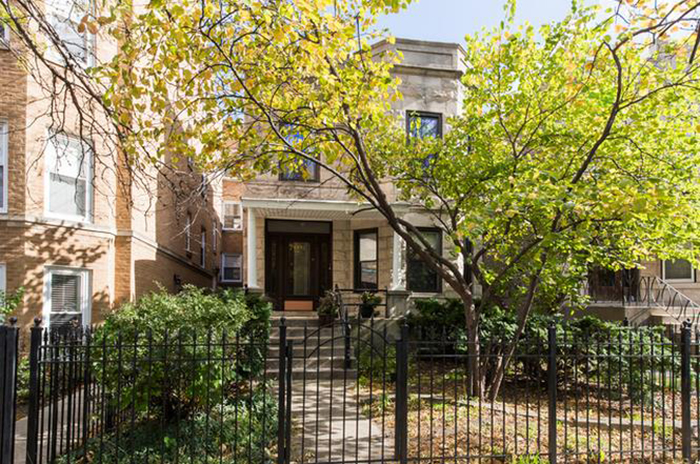 With the housing shortage after the Great Chicago Fire and the rise of the industrial era, density was a priority. The multi unit greystone buildings with apartment flats stacked on each other were a solution. Although some were built as single family homes. Constructed from around 1890-1930’s, these long narrow dwellings have a limestone facade, sourced from nearby quarries, and the sides and back are made of brick. They have a variety of ornamentation styles, from Gothic features to the most common a simplified Classical Revival. In a typical layout, the front porch opens to the living spaces with bay windows, bedrooms on one side and the kitchen in the rear. 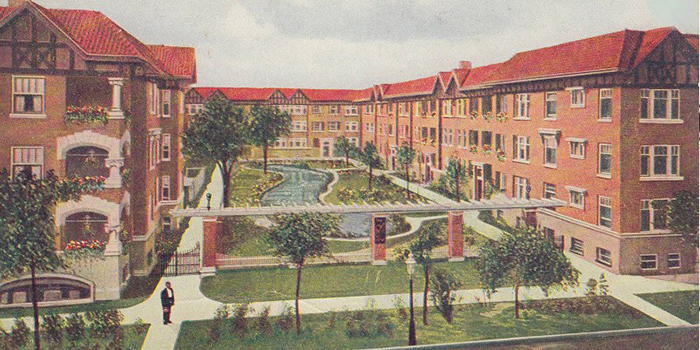 Similar to the greystone, the courtyard building was built in response to the shortage of housing after the fire. Built around 1910-1930, courtyard apartments were rarely taller than three stories due to fire code restrictions that made it more expensive to build higher. Residents share the front entry stairwell as well as the back porch stairs, connecting neighbors through vertical thoroughfares. Each back porch has a small, semi-private outdoor space. This design lends to cross ventilation and shared utilities. The U-shaped front offers green space, which provided an area for residents to interact and a space for children to play. This developed a sense of community. 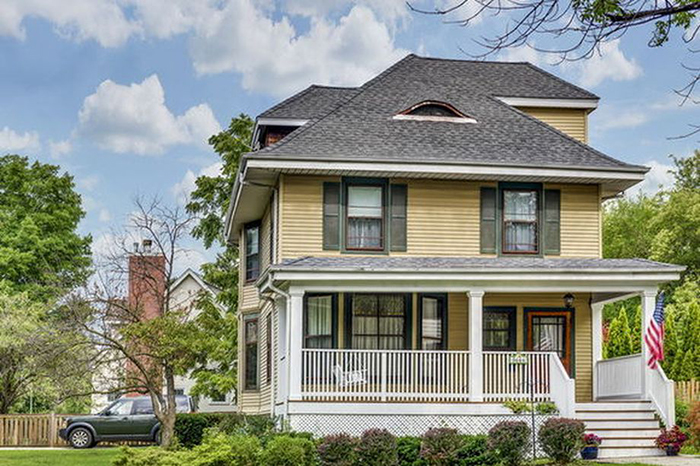 Built between the 1890 and the mid 1930’s, the American Foursquare, with its straight-forward symmetrical design, square floor plan and roomy interior, stepped away from the ornate Victorian and Revival styles of the late 1800’s. It’s architectural roots are from the Prairie style and emphasized symmetry and restrained ornamentation. The two-and-a-half story home has an attic dormer centered in the front, a full basement and a low hipped room. Catalog companies, such as Sears and Roebucks, popularized this style by offering mail-order home designs. 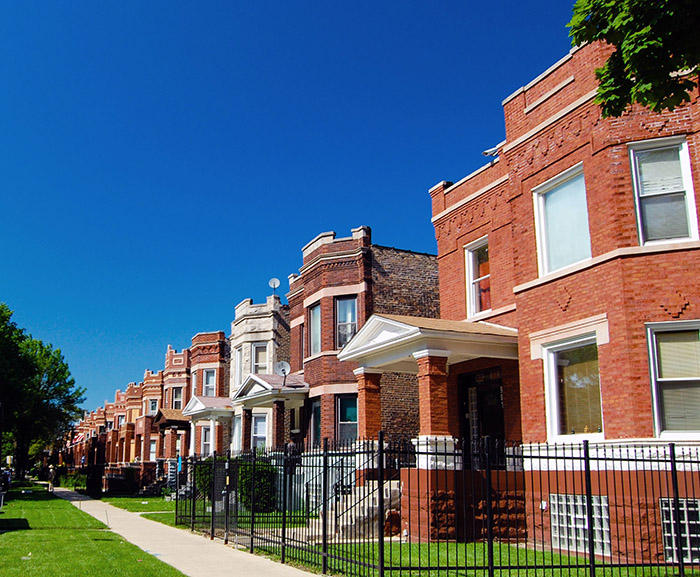 Chicago two- and three-flat apartment buildings make up a quarter of Chicago housing. Constructed between 1900 and 1920, they were built to ease the increased housing demand as immigrants flocked to the city to work at various industrial corporations. These dwellings offered denser housing and owners could earn extra income form renting out a unit. The facade of these buildings were wood, brick or stone. Interior details were typically representative of the Arts and Crafts style featuring ornate wooden moldings such as functional built-in hutches, cabinetry, bookshelves and pantries.

The design firm ALSO has created illustrated prints of these historical homes that are available for sale. If you'd like to continue this conversation or have questions, comments or stories about your historic home, please contact us.